A Call-2-Action to transform Buffalo City into a Clean and Green, Well Governed and Innovative Metropolitan

The BKCOB on Thursday awarded five  East London schools involved in the Call2Action initiative’s school recycling programme for having collected the most amount of recyclables.

The schools programme, which aimed to educate learners about recycling, and how it can benefit the environment, was started in February  and initially involved 32 schools.

“We congratulate the schools for attaining the most recycle waste collected. In awarding the certificates and prizes we hope it stimulates better and greater participation in 2108,” said BKCOB executive Director, Les Holbrook.

The schools involved in the programme were provided with different colour bins for different types of recyclables.  They were then used as drop off points for parents and the community. 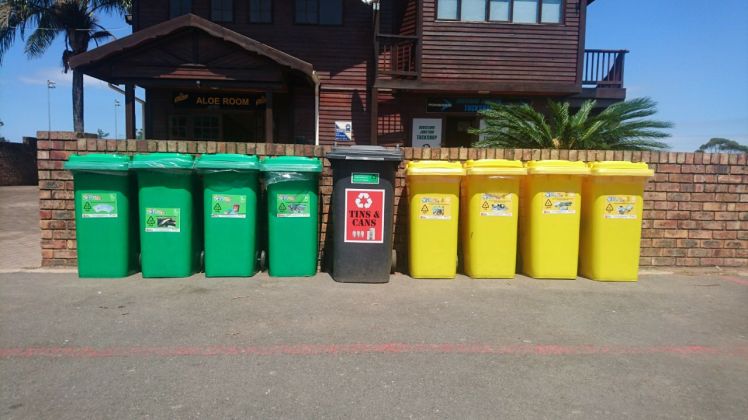 Between February and November, the top five schools diverted over ten tons of recyclables from landfill.

The C2A’s service provider, DNF Waste and Environmental Services worked with the schools in teaching how to sort recyclables and was also responsible for picking up recyclables collected.

Deidre Nxumalo-Freeman  of DNF waste and Environmental services said that the programme would continue in the next year, and hopefully incorporate more schools. She also urged businesses to get involved by donating their recyclables to schools in their close proximity, and also donate prizes to boost the learners’ recycling spirit.

A Call-2-Action to transform Buffalo City into a Clean and Green, Well Governed and Innovative Metropolitan. As various business and professional associations located within the Buffalo City Metro, we feel it is imperative that our city is kept clean, is well governed and innovative to ensure new as well as re-investment into the city by business.